A Brief History of a Coffee Bean 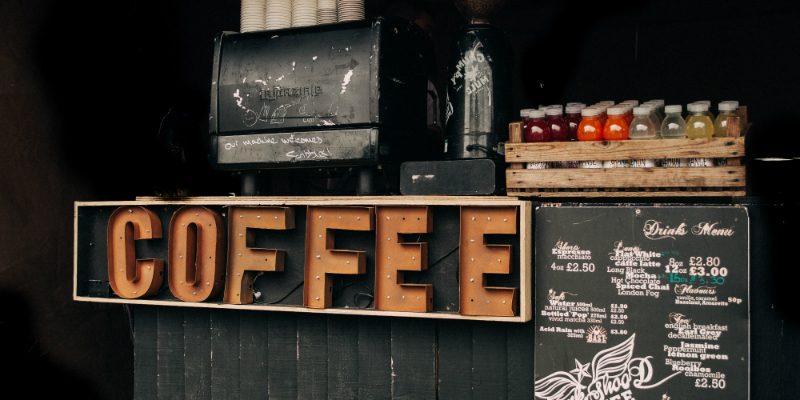 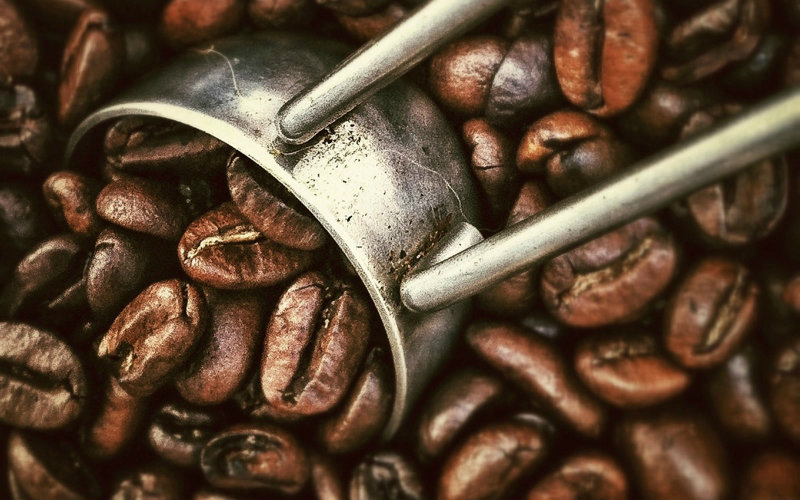 Coffee is not only an amazing beverage nowadays but it also has an impressive history. However, the exact history of coffee beans is not completely known because there are so many legends that have different timeframes and stories that it is hard to say for sure what was the path that coffee followed since it was discovered until today.

But even among so many stories and variations of dates, there can be found some common information that seems to be closer to the truth. Here is a brief history of a coffee bean and the way coffee became the daily beverage that we enjoy nowadays!

The history of coffee goes back thousands of years ago but the deeper we dig, the less certain information we have when it comes to the transformation of coffee berries into the beans that we know today. This doesn’t make the legend less exciting and the data we have, it is very interesting, especially for the coffee lover around the world.

How it all began

First of all, the discovery of coffee seems to be an effect of luck. The most common story says that a shepherd discovered coffee in the Kaffa province, as his sheep became more energized and even agitated after eating the coffee berries. The shepherd named Kaldi, tried out the plant himself and discovered that it has a great effect on his energy level as well. And he didn’t keep the good news for himself!

Soon after this, the word spread and some monks used the berries to make an infusion since they didn’t know how to consume them. Some sources claim that this story happened in the year 850 A.D but there is no sure data to sustain this. Archaeologists and historians concluded that, at the very beginning, coffee was not consumed as a drink like we do today but as a paste.

Coffee reached Europe along with the expansion of Ottoman Empire and it was at first consumed by the noble part of society. Previous to that, coffee spread slowly among Middle East civilizations and in a couple of centuries reached almost the entire world. However, coffee was not called “coffee” until late years of the 16th century, and the name was established in Europe. Each major power in Europe spread the coffee among their colonies and incorporated it in other countries’ culture. This made coffee become part of most cultures by the end of the 20th century.

Roasted coffee and its impact on the coffee industry

What helped to spread the coffee was the way it started to be processed. People started picking the beans from the rest of the plant and transformed them into the powder that we know today. Some roasted them too but at first, the most popular coffee was the green and unroasted type. Roasting coffee was discovered based on the cooking food process. 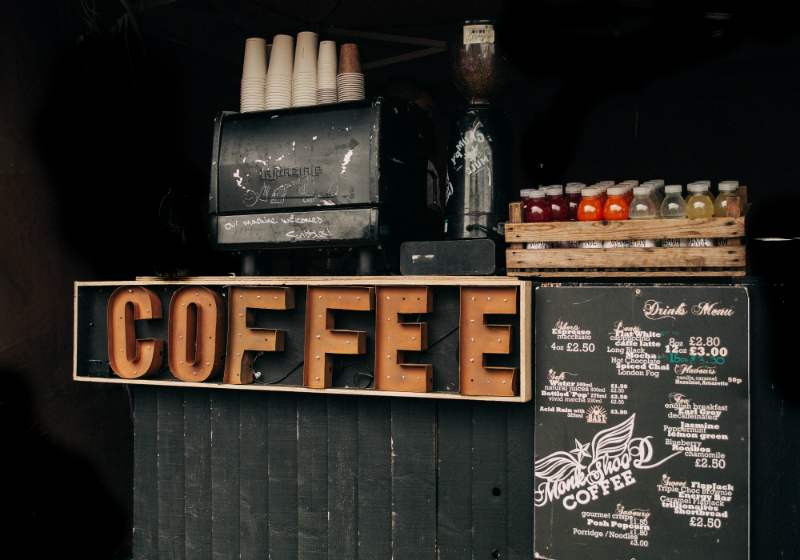 People realized that cooked food tastes much better and gives them more flavors to enjoy than uncooked food and they thought to apply the same strategy when it comes to the green coffee beans. Once they started roasting it, they discovered that the taste of it is so much richer and they can even enjoy different tastes with different roasting levels.

Well-roasted coffee could be ground and dissolved in water in order to be consumed as a beverage and this was a great discovery in the history of coffee beans. The roasted coffee as we know it today was discovered in Arabia during the 13th century. Initially, the Arabica type of coffee was the most popular and commercial one for many centuries but that recently changed in a positive way.

Today we have new coffee types like Robusta and Liberica. These new coffee types grow in different parts of the globe and they are explored by the biggest coffee producers in order to create unique combinations for the buyers.

Different coffee makers appear along the past centuries

Not only roasting and harvesting coffee beans evolved over centuries but also new ways of preparing it appeared, opening an interesting industrial path for both producers and consumers. The first coffee filter machine was created in France in 1780s and it evolved in many ways and styles since then.

But this was only the beginning since other coffee makers were developed in the 18th century. Along with technological discoveries, it became easier to improve coffee makers until they reached the level they are at today. Now, we have espresso machines that can be semi-automatic, automatic or super automatic. 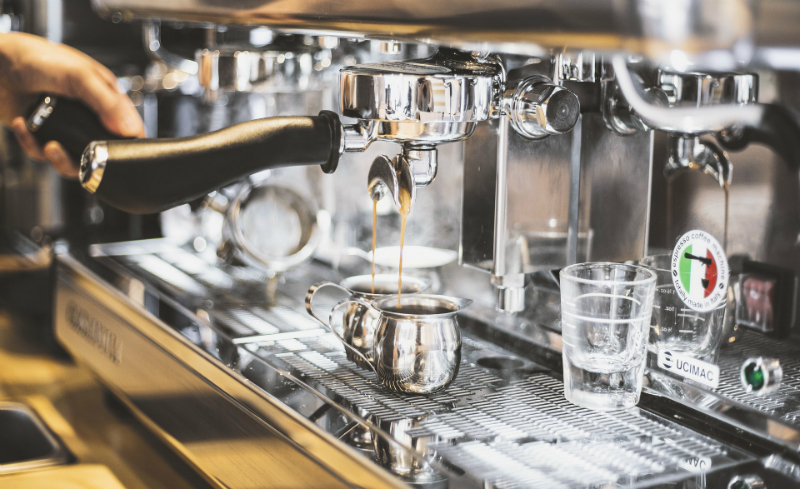 They all can make a variety of coffee types and different beverages. And they can even add frothed milk and other ingredients to make the drinks taste even better! But the industry of coffee didn’t reach its best yet because many producers keep trying to bring original products on the market and satisfy more of the buyers’ tastes and preferences. Because people developed new needs as well as the ways they like their coffee-based beverages and that keeps the industry evolving even more from year to year.

In the present days, coffee reached a level of evolution that was not anticipated a hundred years ago. People developed different roasting techniques which helped them discover new beverages based on coffee. In this way, drinks like cappuccino and lattes appeared but also the strong and very popular espresso.

Statistics show that every day there are 2.25 billion cups of coffee consumed all over the world. Now, this drink became accessible to all types of people and affordable in many forms. In 1971 the first Starbucks was opened in Seattle and since then, coffee keeps developing into amazing drinks and even foods.

Some use it to make special cakes and cookies and even add flavor to sodas and other consumable items. While looking at a brief history of a coffee bean, we can only imagine what the future has in store for coffee lovers from now on!

How to Texture Milk for Latte Art

How to Look After Espresso Machine

What is a Semi Automatic Espresso Machine?

The Best Way to Brew Coffee While Camping

How to Texture Milk for Latte Art

Making good coffee is an art and there are many details that need to be taken into consideration if you..Read more

How to Look After Espresso Machine

It is important to know how to look after your espresso machine and keep it running at high standards if..Read more

A Brief History of a Coffee Bean

Coffee is not only an amazing beverage nowadays but it also has an impressive history. However, the exact history..Read more

What is a Semi Automatic Espresso Machine?

Long lines and expensive espresso can make getting your morning dose of coffee a trial. If you’re ready to..Read more

The owner of this website, The Coffe Maestro, is a participant in the Amazon Services LLC Associates Program, an affiliate advertising program designed to provide a means for sites to earn advertising fees by advertising and linking The Coffee Maestro to Amazon properties including, but not limited to, amazon.com, endless.com, myhabit.com, smallparts.com, or amazonwireless.com.
This website uses cookies to improve your experience. We'll assume you're ok with this, but you can opt-out if you wish.Accept Reject Read More
Privacy & Cookies Policy

This website uses cookies to improve your experience while you navigate through the website. Out of these, the cookies that are categorized as necessary are stored on your browser as they are essential for the working of basic functionalities of the website. We also use third-party cookies that help us analyze and understand how you use this website. These cookies will be stored in your browser only with your consent. You also have the option to opt-out of these cookies. But opting out of some of these cookies may affect your browsing experience.
Necessary Always Enabled
Necessary cookies are absolutely essential for the website to function properly. This category only includes cookies that ensures basic functionalities and security features of the website. These cookies do not store any personal information.
Non-necessary
Any cookies that may not be particularly necessary for the website to function and is used specifically to collect user personal data via analytics, ads, other embedded contents are termed as non-necessary cookies. It is mandatory to procure user consent prior to running these cookies on your website.
SAVE & ACCEPT